Have you heard of the kids gaming site Webkinz? It supposedly is/was quite popular in the US and is centered around a virtual world where you can keep different pets, design a home for them, meet with others and play various games.

They also have a very interesting business model. The pets that you can have in the game are sold as RL stuffed animals that come with a code so you can 'adopt' them in the game. Adopting a pet gives you 1 year of full access to all the games and features, after that you need to get another animal + code.

When I was in 5th grade, I started playing on it with my best friend. I think he had relatives in the US, that's why he had some of these pet codes that are required to play. He even gave me one for my account.

One game on this site is called Atlantiles. It is a puzzle game where you have to remove all tiles from the board. The tiles have to be removed in pairs and you can only remove two tiles if they can be connected with a line that has 2 turns or less. Of course said line must not go through any tiles or barriers. 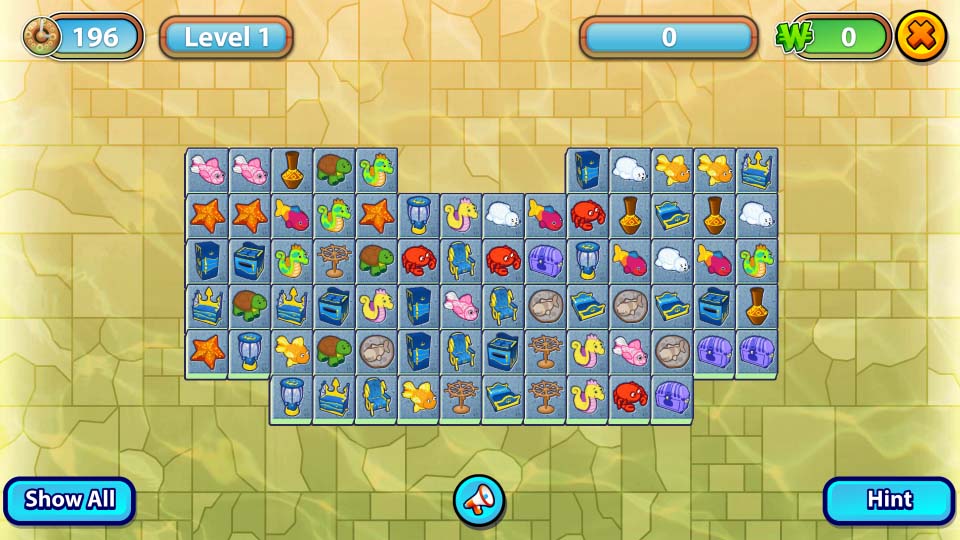 There are usually 4 tiles of each variant on the board and this is where the difficulty comes. You cant just remove any pair from the board, because that may leave you with a constellation that is impossible to remove. A quick example would be something like this:

You might think: oh, these Xes on the right are right next to each other, lets take them. But that will leave you with the 4 tiles on the left that can't be picked up any more. Both the Xes and the Os only connect with a line that has 3 turns.

Once upon a day, I really had a desire to play this game. So I tried to log into my almost decade-old Webkinz account. Because I dont have any pet codes any more, most of the games aren't available to me any more, but Atlantiles is. So I had fun playing it for a few weeks.

What is really annoying though is that Webkinz still hasn't moved away from Adobe Flash. Yes. I dont know they will do after the end of 2020 when Google Chrome officially drops the support (although yes, I do. They offer a webkinz client to download install on their site, which is probably just a browser with Flash support).

So I was looking for alternatives. Surely Webkinz weren't the people who invented this kind of puzzle game, but if it exists elsewhere it probably has an entirely different name. Just like other more common game clones that they offer on this site. For example there is a Mastermind clone named Operation Gumball, where the story is that you have to save a gumball machine from exploding by guessing the code made of colored gumballs. And a Minesweeper clone named SkunkSweeper where you have to avoid - you guessed it - skunks hidden on your lawn.

Because I just couldnt find this game elsewhere I decided to recreate it. The first thing that I needed were some nice images for the tiles. Atlantiles has ocean-themed artwork, of course, but I went with some nice and colorful animal icons that I got for free from Icons8.com

Then I needed some sort of JS library to render the game. I decided to use Konva.js because of its small size and simplicity compared to bigger JS game frameworks like Phaser. For a simple puzzle game you dont have to do a lot more than showing and hiding images. So there is no need for complex animations, physics and stuff like that.

The game logic was implemented with about 600 lines of javascript.

The sound effects for the game were homemade using some creative methods. https://t.co/Fdi084vDnJ

You can play the finished game here: https://thetadev.de/atlantiles/